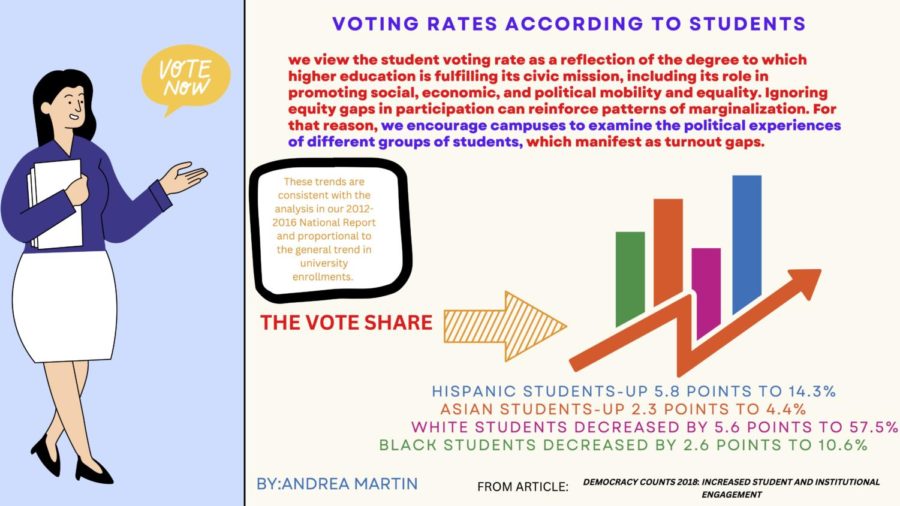 Prepare for the polls

Over the last decade voter turnout for college students has been on the rise. On Tuesday, Nov. 8, citizens of the United States have the opportunity to vote in midterm elections.

The 2020 presidential election brought a record-breaking 66% of college students to the polls, up 13% from the 2016 presidential election. Midterm election turnout has also been on the rise, with the 2018 turnout nearly doubling 2014 at 39.1%. So, what can we expect to see in these upcoming midterms from Missouri Southern students, as well as students nationwide.

Over the last week, we conducted a survey of Missouri Southern students and asked them these four questions. Are you registered to vote? Have you ever voted before? Do you plan on voting in the upcoming November election? Do you know what we will be voting on in November?

74% of students at MSSU reported being registered to vote, which is significantly higher than the national average for 18-24 year olds, at 59.8%. 47% of students surveyed reported having voted in previous elections, and 75% expressed plans to vote in November. Only 21%, however, knew what was being voted on.

Midterms are the elections held halfway through a presidential term. In midterm elections, all 50 states vote on seats for the House of Representatives. In this election cycle 34 Senate seats will also be voted on, including seats in Missouri, Kansas, Arkansas and Oklahoma.

In order to find out what your state will be voting on in November, you can check your state’s website, the link for citizens of Missouri is here.

Your donation will support the student journalists of Missouri Southern State University. Your contribution will allow us to purchase equipment and cover our annual website hosting costs.

Donate to The Chart
Submitting donation...