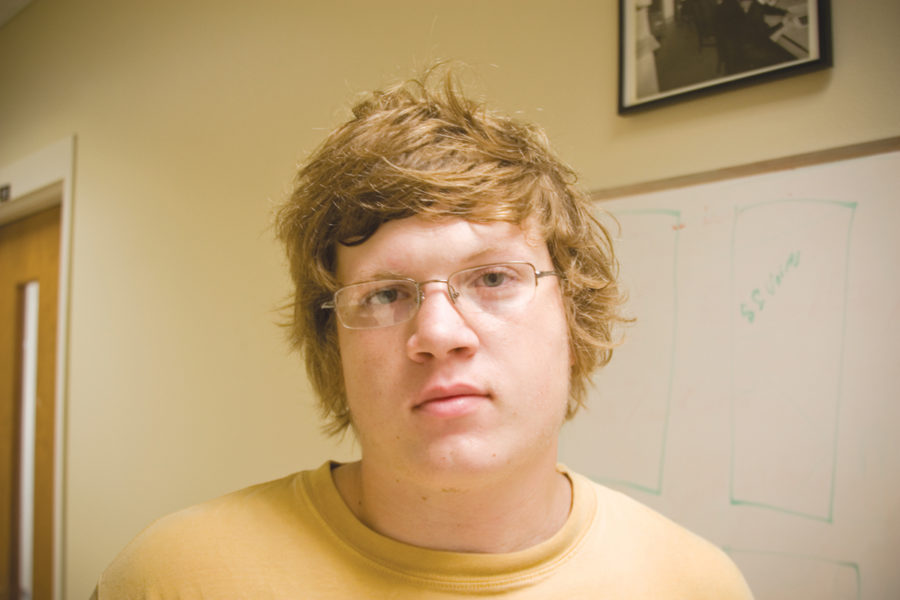 The arrest of WikiLeaks founder Julian Assange this week by authorities in the United Kingdom got me thinking about the controversial Australian and his whistleblower website.

Assange was arrested Dec. 7 in London after an arrest warrant was issued in Sweden. Assange hasn’t been charged with a crime, but allegedly had sex with two women that wasn’t consensual.

As suspicious as his arrest looks now, with all of the political pressure being applied by the United States both on and off the record, I don’t want to downplay the seriousness of the allegations.

That’s not what this column is about, though.

This column is about an individual and his associates taking extraordinary risks, both personal and professional, to shine light in a dark corner, and why these people are both legally and morally justified in what they are doing.

And that’s also why I’m an avid supporter of Assange and WikiLeaks.

I’ve heard the arguments against what WikiLeaks is doing. The website has released thousands of secret and classified documents, many of which no doubt involve sensitive issues of both national security and national humiliation.

On paper, it’s easy to understand why many are upset.

But this has happened before.

Almost 40 years ago The New York Times published the Pentagon Papers, documents that provided a more accurate account of the war in Vietnam than what the U.S. government had been telling the country.

That release was, of course, very controversial in 1971. Today, however, the Pentagon Papers are viewed as a valuable look into the real history of this country, a history that might not have otherwise been seen.

The Pentagon Papers are also used frequently as an example of First Amendment rights.

The administration of President Richard Nixon filed a restraining order against The Times to prohibit the paper from publishing any additional stories based on the Pentagon Papers just days after the paper printed its first story from the documents.

This was a clear example of prior restraint.

However, there are a few exceptions that have arisen out of previous cases.

The Supreme Court has ruled that prior restraint is unconstitutional, except in some rare instances involving national security. Following the clear and present danger rule, if a message will cause “clear and present danger” to members of the American public if and when it is released, prior restraint can be used as an acceptable infringement of First-Amendment rights.

The burden in these cases falls on the U.S. government to prove its justification for suspending civil rights.

In the case over the Pentagon Papers, New York Times Co. v. United States, the Supreme Court stated that the Government “thus carries a heavy burden of showing justification for the imposition of such a restraint.”

And in the end, the Supreme Court ruled in favor of the newspaper, because the government couldn’t meet that heavy burden.

Now back to Wikileaks.

There is no prior restraint occurring here. The government has not attempted to stop Assange or WikiLeaks in court from publishing leaked documents, and I think it’s because the government realizes that it wouldn’t be able to meet the heavy burden of justifying prior restraint in this case, either.

But some still believe Assange and WikiLeaks are breaking the law.

Assuming all the documents WikiLeaks has published were simply leaked to the site, and Assange and WikiLeaks did not participate in any illegal activity to obtain the documents, then they have done nothing illegal.

Some will still say that what they are doing is morally wrong, as it endangers national security and the lives of informants and those involved in wars in Iraq and Afghanistan.

I say what they are doing is right.

There is no proof that anybody has been harmed or killed because of a WikiLeaks release. If there was, I’m sure opponents of WikiLeaks would make sure everybody knew.

And it’s not as if the documents related to the wars involve upcoming operations. Most of them detail events that occurred years ago.

It’s an insult for our government to tell us we shouldn’t know, or can’t know, or  don’t want to know about diplomatic relations and combat operations.

I understand there are matters of national security that could put U.S. citizens at immediate risk for harm if they were known by more than a small group of people. But to date, nothing released by WikiLeaks has involved something like this. There are multiple classification levels for documents. No top secret documents, the highest classification, have been released by WikiLeaks.

There are more documents to come, and thousands of them. They have covered and will cover more topics than just the wars in Iraq and Afghanistan and diplomatic relations. Rumors persist that WikiLeaks is planning a major release of documents obtained from an executive at a large bank.

But looking back at what has been released so far, what have we learned?

We now know much more about operations in Iraq and Afghanistan.

We now know much more about diplomatic relations with many countries and leaders.

That can’t be a bad thing, and I can’t wait for more.