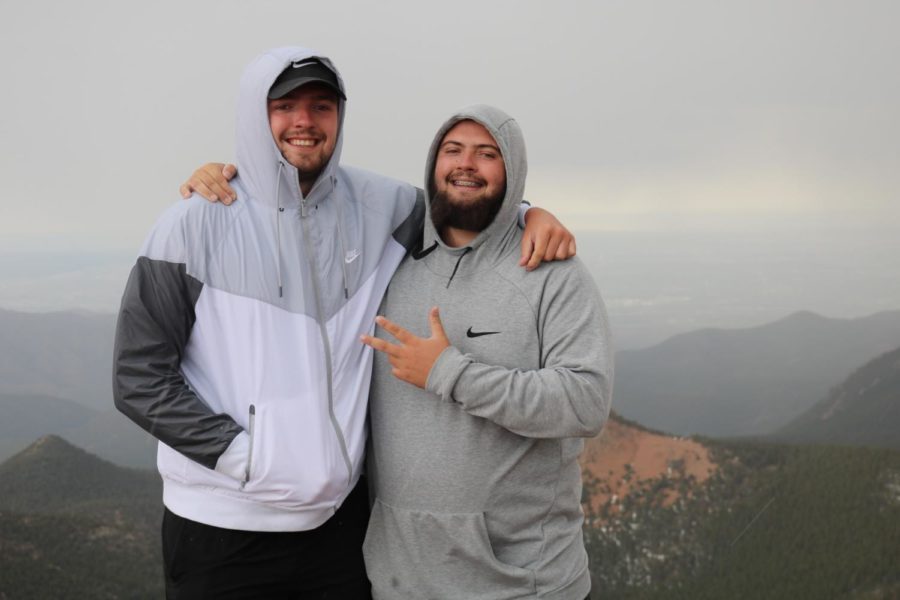 Dexter F. and his twin brother

Basketball is more than a sport for those that play the game. It is a part of life.

On Jan. 26, Kobe “Black Mamba” Bryant, along with his teenage daughter Gianna and several others, were killed in a helicopter crash in Calabasas, California.

Many people expressed their sorrow and shock as the news spread throughout the nation.

Bryant’s career had a great impact on players all over the world.

He was picked thirteenth overall by the Los Angeles Lakers, where he would have one of the most well-known careers in NBA history.

At just 19 years old and in his second season in the NBA, Bryant became the youngest NBA All-Star in history. He would later make NBA All-Star team 16 years in a row, 11 of which he was on first-team.

Bryant contributed 15.6 points per game to his first national championship in 2000 against the Indiana Pacers. That was the first of three consecutive national title wins alongside teammate Shaquille O’Neal. Bryant holds the second highest scoring record in a single game of all time at 81 points, which he achieved in 2006.

The “Black Mamba” would go on to become an Olympic gold medalist with Team USA in 2008 and 2012. Shortly after the 2012 Olympics, Bryant suffered several injuries, including an Achilles tear—which did not stop him from taking his free throws and making them before being helped off the court. Bryant retired from the NBA, but not from basketball, in 2016.

Bryant was a coach, father, husband and a friend to many. In his 20 years with the Lakers, Black Mamba was a mentor and a role model for young athletes without ever meeting them. He was a businessman, an author, an Oscar winner, and an advocate for both the NBA and the WNBA.

One player from Missouri Southern held a personal connection to the passing of Bryant. Dexter Frisbie, senior public relations major and redshirt junior for Southern basketball, was shocked by the news.

“I was eating breakfast with my teammates and didn’t think it was true,” said Frisbie. “There’s no way that’s even possible.”

As more reports of the accident began coming in from reliable news outlets, the reality of the situation was confirmed.

Frisbie considered Bryant such an inspiration to himself and other players.

“He didn’t know who we are, but we were devastated to hear that he had passed away,” sasid Frisbie.

The rest of the Southern basketball team was impacted by his death and that has influenced how they play the game now.

According to Frisbie, the team has begun playing and working harder. Their coach always tells them that “anything can happen to anyone” and not to take life for granted because they are blessed to play basketball.

“He [Bryant] would always talk about his ‘Mamba Mentality,’” said Frisbie, “…to do something that is the impossible and push yourself past the limit.”

This mindset inspired Frisbie to have that for himself and to be the best that he can be on and off the court.

The loss of Bryant will push Dexter to be more motivated and determined, and he plans to live out Bryant’s legacy by continuing the “Mamba Mentality” that is he is so well known for.

When Bryant scored 81 points in one game, Frisbie was inspired to get his game to that level.

Frisbie is currently battling substantial foot injuries and is unable to play this season, but he is adamant about bringing as much energy as he can to the court for his teammates.

He wants to get healthier and back to 100 percent so he can pursue his dream of playing professionally.

“I can’t see myself not playing basketball,” he said.

Although Frisbie is greatly influenced and motivated by Bryant and his career, his greatest inspiration is his twin brother, whom he lost in the summer of 2019. He plays the game for him and is determined to make him proud.

“Every time I step on the floor, it’s for him,” said Frisbie. “I play and do everything for him.”

He took the loss of Kobe Bryant personally and now has two legacies to live out. He works hard to make his brother proud and considers him his greatest role model. His brother inspires him to keep going.