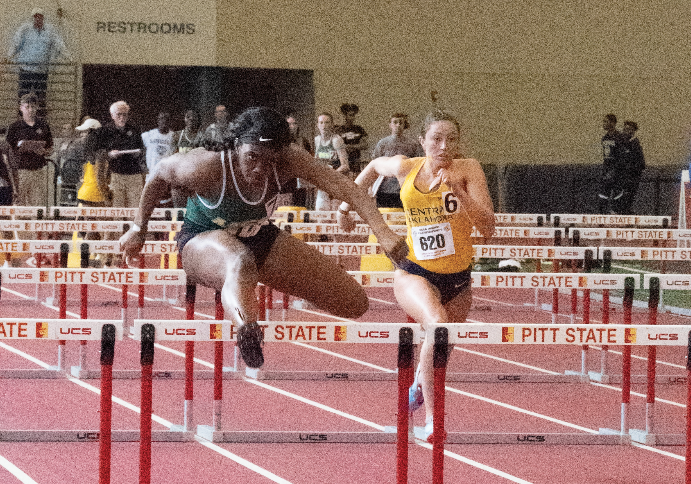 The men won by a 26-point lead with an overall score of 142 points and won the third title in the program’s history.

“This competition has been like nothing I’ve ever seen, and this is my third year. It’s just out of this world. We’re always looking to win this meet. This is the meet we look forward to all year, the meet we train for all year. We expect to come out here and win this no matter what and we won’t settle for anything less,” said Jarod Ozee, junior.

“…It’s always about doing the best for your team, so not only are you focused on doing well for yourself, but when you perform well for your team everyone is just so ecstatic… it pushes you to do so much better to push harder,” said Lauren Sutherland, sophomore.

Rajindra Campbell, senior, started Southern off with a win in the shot put with a throw of 20.07 meters, claiming a MIAA meet record as well as a Southern record. Campbell stands in the No. 1 spot for the men’s NCAA rankings.

In the 200-meter dash Jasmine Deckard broke her own school record and placed second.

With a winning time of 8.15.79 minutes, Gidieon Kimutai set a meet record and making the third best time in Southern history.

“Today it’s really just about focusing on whether I PR or not and getting that win for my team,” said Payton Roberts, senior. “My favorite thing about this entire competition is my teammates cheering louder than anybody else in this stadium, so I’m really excited.”

Roberts, also started Southern off with a win in the shot put for the women and set a new meet and program record with a throw of 16.13 meters. Roberts’ throw is the No. 1 mark in the NCAA for the women’s rankings.

In total there were 24 individual and three relay All-MIAA honors and seven individual event wins between the two teams.

“…it’s so exciting to know that you’re a part of something so much bigger than yourself, so to be able to come out here and perform and score points for your team is the honestly just the greatest feeling to know that you’ve contributed…,” said Sutherland.

The next competition will be the NCAA Division II National Indoor Track and Field Championships March 13 and 14 held in Birmingham, Ala.