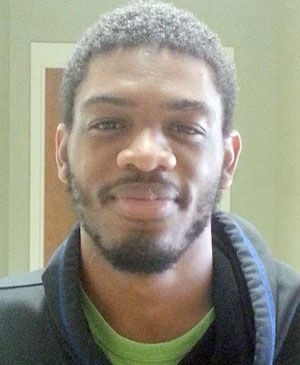 It’s well documented. The Kansas City Royals haven’t partied this hard since 1985. Remember those royal days? I don’t; that’s a generation before me. Since I’ve been alive, the Royals have made things very hard for myself and the die-hard, blue-bleeding, wait-until-next-season Kansas City Royal fans who have witnessed some horrific baseball in Kansas City over the past 29 years. The Show-Me state, you say; well, Show-Me, show me fight, show me passion, show me winning baseball, show me a city that has held on to a roar for almost three decades. This 2014 Kansas City Royals team has shown not just me but America that the top is so much sweeter after spending 29 years bottom feeding.

First it’s an 89-73 2014 regular season record. The Royals finished 16 games over 500, finished one game back of a division title, played meaningful baseball in September and clinched a playoff berth. If you ask me, the Royals outdid themselves. And outdid is an understatement.

Next, we have the task of beating John Lester, one of the best postseason pitchers of this era in a one game playoff. The Royals battled for 12 innings before walking off in royal fashion. Third, it’s beating the Los Angeles Angels, who had the best record in the major leagues. The brooms were in full effect as the Royals swept the Angels. The Royals took the first two in Anaheim and topped it off with a series-clinching win in beautiful Kauffman Stadium.

“It’s an unbelievable atmosphere,” said Royals ace James Shields in an interview with Brian McTaggart of MLB.com. “This is a special time in this city right now, and they’re enjoying this as much as we are. To be able to win in front of the home crowd is nice. I mean, this is the best atmosphere I’ve ever been a part of. To be able to do it in front of our fans is great.”

Now, the Royals are the hottest team in baseball and nobody picked the Royals to be here. Honestly, I didn’t. But here we sit in prime position to win a pennant and advance to the World Series.

As a 20-year- long die-hard Royals fan, I’ve never dreamed this far and deep. Somebody wake me up I’m … not asleep.

Kansas City is well awake too. Kansas City isn’t putting all its eggs into the Kansas City Chiefs for the fall. Instead, we’re watching a historic run that has America feeling blue.

Instead, we’re watching lethal pitching, frenzied offense, stifling defense, and a fan base coming together faster than the Royals speed on the bases.

Now, I’ve bled Chiefs red for 20 years, but Royal blue has never looked so good oozing out of me.

Think of it like this: The last time the Royals made the playoffs, they won it all. Who’s to say that, after a 29-year playoff drought, the Kansas City Royals aren’t destined to win it again?

Personally, I’m just as crazed as the next Royals fan.

Is it luck? For 29 years we’ve been begging the Royals to win; now look what the dog has dragged in. Hey, opportunity often goes begging; luck, never.