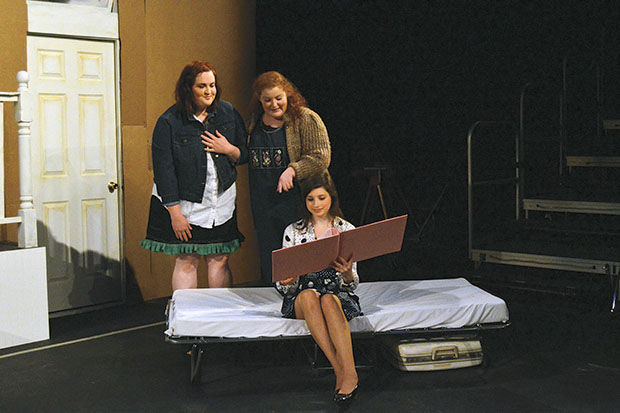 On Jan. 27-31, the Missouri Southern theatre department will produce Crimes of the Heart, written by Beth Henley and directed by Ann Lile. The performances will be in the Bud Walton Theatre at 7:30 p.m. each night.

Crimes of the Heart is a dark comedy about three sisters with different personalities who come together for the first time in five years due to an unfortunate event. The audience will explore the dysfunctional lives of the sisters and learn about their current and past issues.

Lile already has experience directing Crimes of the Heart, and even played a role in the play in 1984.

“There are a couple situations within the play [when it] is going to be really interesting to see the audience reaction because the play is set in 1974, and the world of 2015 is different,” said Lile. “I know how a 1974 audience would react, or a 1980 audience, so I’m really curious to see how today’s audience will react.”

The actors playing in the production take on serious roles as they delve into characters who display the many aspects of human emotion.

“It’s a lot more realistic,” said Miranda Nealy, junior theatre major, who plays the role of Meg. “It’s close enough to how we speak. It’s lighthearted while it also has its serious moments and is a lot more relatable to people nowadays.”