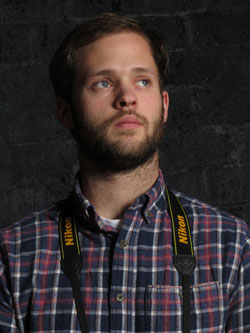 Occasionally, I make the mistake of scrolling through my Facebook news feed. The results are seldom different, meaning I rarely see anything worth my while, but I do it regardless.

After the Oscars on Sunday evening, I made that very mistake. I consider myself pretty well-rounded when it comes to film. I saw almost all of the movies nominated, so when I saw fifteen different articles shared by friends from “news” outlets like The Blaze and the Independent Journal Review about how American Sniper was robbed at the awards ceremony, I was irked, to say the least.

If you love your country — which I do — that is awesome, however, you can like movies about subjects other than war and still be an American. From what I have seen, the biggest gripes are that it lost in the Best Picture, Best Director and Best Lead Actor categories. It shouldn’t have and didn’t win any of the aforementioned awards and the reason isn’t because “Hollywood is a bunch of liberals who hate America” fans of The Blaze; it’s because this year had a tremendous class of movies and judging from the comment boards I read on the articles claiming American Sniper was snubbed, you probably didn’t know that because you haven’t seen them.

American Sniper was a good movie; I watched it and enjoyed it, but it was far from the most original or best of the nominees for best picture. The eventual winner, Birdman, had a story that was deep, thought provoking and executed almost perfectly. It was something that hadn’t been seen before.

Rotten Tomatoes, which takes the opinion of professional film critics into a poll and gives a rating for the amount of approval a film receives, has American Sniper at 73%. Birdman, for instance, has a 93% critic approval rating. This can’t be the say all when looking at movies, but it’s a fairly good indicator that the more deserving movie of the two won.

Moving on to Best Actor, I can’t say enough about the performance of Bradley Cooper in American Sniper. He immersed himself into a role that he hadn’t done before and nailed it. Cooper has emerged as one of the brightest and most versatile actors in Hollywood and that can’t be debated. Unfortunately for Cooper and fans of American Sniper he was up against Eddie Redmayne, who played a character with Motor Neuron Disease that progressively got worse throughout the movie and he perfected it. It’s unreasonable to think Cooper deserved the award above Redmayne playing that role — it was far from a snub.

Again, American Sniper was a good movie with great acting by Bradley Cooper — I’m not trying to take anything away from it. I also realize, though, that its lack of wins on Oscar night was not because of bias or because the Academy is anti-war, but because American Sniper was simply not the best in any of the categories. Take the nominations for the honor they are and stop being bitter.