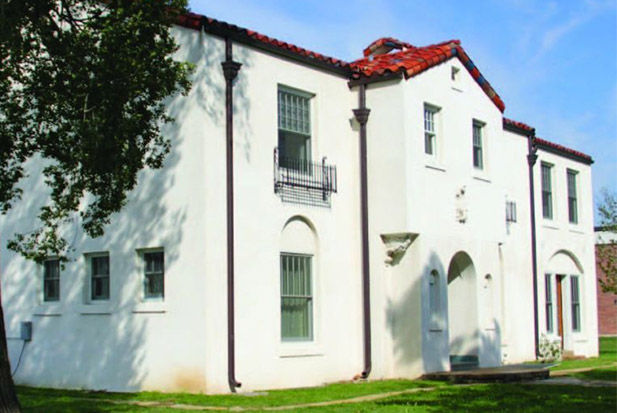 Brad Belk, director of the Joplin Museum Complex and historian for the Alumni Association’s Board of Directors, is currently working to get the Ralph L. Gray Alumni Center, which was originally built 89 years ago, added to the National Registry of Historic Places.

Before there were any college buildings on Missouri Southern’s campus, there was the mansion, which now houses the University’s Ralph L. Gray Alumni Center. Originally constructed in 1926, this 89 year old structure has been present throughout Southern’s entire history, serving as the foundation for the current campus. It is for this reason that Brad Belk, director of the Joplin Museum Complex and historian for the Alumni Association’s Board of Directors, is currently campaigning to get the building listed on the National Registry of Historic Places.

“It is at the mansion that the remarkable story of the University is told,” said Belk. “It is a historical tie to the past, the present and the future and has become a museum in and of itself, showcasing many outstanding artifacts from all historical times of the university.”

The application to get the mansion annex added to the registry is done through the Preservation Board in Jefferson City, which conducts the evaluation for whether a property or a site should go on the National Registry of Historical Places. Belk is currently working to complete the application process.

“The form is somewhat lengthy, and rightfully so,” said Belk. “You have to provide a myriad of answers to their questions in order to prove that there is historical significance in the structure or site you are proposing.”

Though the Alumni Center was renovated in 2010, Belk is confident that the renovations will not hurt the mansion’s chances of being added to the registry.

“We really wanted to make certain that the renovation stayed within the lines, the best we could, of keeping the historical integrity of the building,” said Belk.

According to Belk, the story of the Mansion Annex begins in the roaring ‘20s with a man named Lucious Buchanan, a one-time lead and zinc miner who turned a fortune in the industry. In 1926, he started building his dream house, a Spanish revival style country home, on an elevated parcel of land with a panoramic view of Turkey Creek. This dream house and property is what would later become the Ralph L. Gray Alumni Center and the Missouri Southern campus.

Following Buchanan’s death in 1939, the home and all its acreage was sold to Frank Wallower, a leading developer in the tri-state mining district, and his wife Juanita. Together, they made the land their own, referring to it as the Mission Hills Estate.

“Both the Buchanans and the Wallowers played a significant role in Missouri Southern’s history,” said Belk. “Without them, the university campus would not be where it is today.”

When the Wallowers decided to downsize and put Mission Hills up for sale, Southern — then known as the Joplin Junior College — was actively searching for a new place to call home. As Belk explains, their original downtown location greatly handicapped the chance for expansion.

“It seemed far-fetched to some, but true inner-circle visionaries knew what was in the best interest for the school’s future,” said Belk. “Today, I’m not sure everyone understands the sheer magnitude of what occurred. In the history field, we call it a defining moment, and no truer words have been said.”

Administrators for the Joplin Junior College quickly swept up the land and began developing it as their new home. During the college’s infancy, many of the Buchanan-Wallower buildings were incorporated into the campus setting and the mansion played a major role in the overall development of the college. Through the years, it alternated as President Billingsly’s office, classrooms, to other offices and the home of several academic departments. As the campus began to flourish, with additional modern buildings, the mansion fell into disrepair.

“It became a blemish on a most beautiful, active campus,” said Belk. “The frightening thing was that there were not a lot of options. That is until the Missouri Southern State University Alumni Association stepped in.”

The Alumni Association created a master plan with one objective: to renovate the mansion and make it home for all alumni. This phase of the story involves alumni director Lee Pound and a handful of others who went out into the community and procured the funds independently. According to Belk, not one penny of state funds were used in the renovation effort.

“What a remarkable transformation it was. I still remember the dedication — an incredible evening,” said Belk. “I personally believe that the beautifuly restored mansion has exceeded all expectations.”