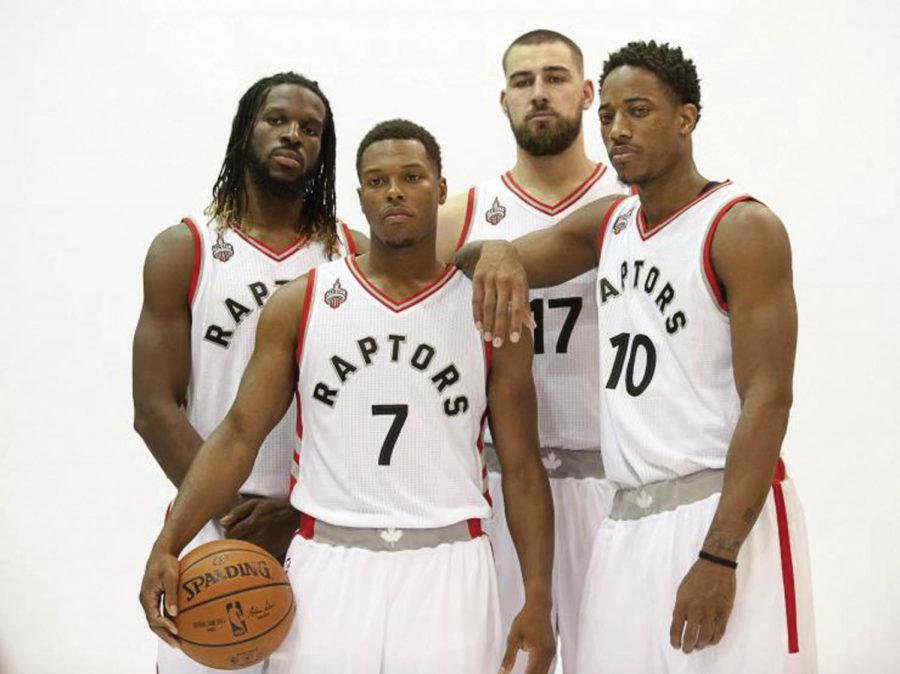 The Toronto Raptors sat in second place last year. With new players do they have a chance to climb the last rung of the ladder.

I think people don’t give the Toronto Raptors enough credit and by the looks of it and the talk around campus no one cares, but I will gladly shine some light on the situation.

The Toronto Raptors are battling the Cleveland Cavaliers for top spot in the Eastern Conference and are among the top five teams in the NBA. I have more than enough reasons this team is noticeable, simply from the all-star performances of their two guards.

Plus they have a suffocating defensive system and a deep roster that compensates for the loss of rotation players.

This past off-season the Raptors signed DeMarre Carroll to a four year $58 million contract, seeming to be the defensive leader. The Raptors staff then signed Cory Joseph and Bismack Biyombo, dependable defenders, to impact the team’s new/old philosophy. Now, with three players on the roster who are essentially NBA players because of their defence, will potentially take the Raptors to a higher level.

If I may, and I will, I strongly believe the Raptors can take no. 1 spot in the Eastern conference.

I mean let’s get real the Cavs do have Lebron James, but considering how he is currently getting overshadowed by the new no. 1 player in the world, Steph Curry doesn’t mean the Cleveland Cavs can take the no. 1 spot. I won’t get started on BronBron and Curry but seeing as the Cavs have been playing poorly, the Raptors are going to take that no. 1 spot.

Like any NBA team the Raptors would struggle if they lost either of their two best players, envision Curry without Draymond Green, or Lebron without Irving, their double duos would fail. As long as Kyle Lowry has his “back-door man” DeMar DeRozan the Raptors could likely take that no. 1 spot.