The complete guide to this year’s popular music 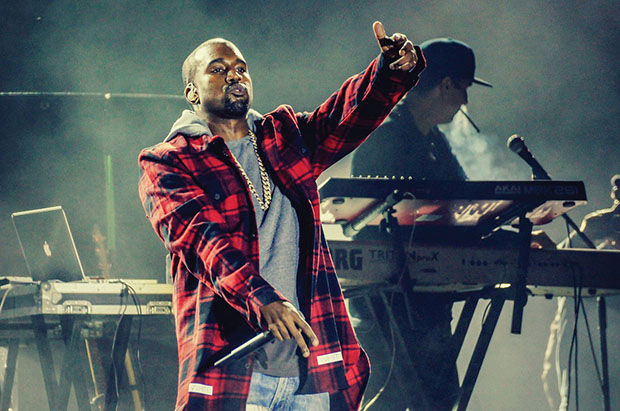 Rapper and producer Kanye West’s new record “Waves” is scheduled to be released February 11, his first studio album since 2013.

Although 2015 was a fantastic year for new music, with releases from the likes of Adele, Chris Brown, One Direction, Justin Bieber, and many more, the beginning of 2016 could already arguably be the most influential several months in music release history.  Rumors are flying and naming everyone from Beyoncé to Yeezus himself.  Lyrics are filling everything from our ears to our Twitter timelines with many more to come.

It has been reported that the Earth actually stopped spinning yesterday, January 30, when Drake dropped his new single, “Summer Sixteen” on his OVO Sound Radio.  This was the perfect taste of his new album, Views from the 6, which we were all desperately craving.  Summer Sixteen should hopefully tie people over until the official release date of Views in April.

Next on the menu is the talk of some of the biggest women in the industry gracing us with new music.  Pop fans, be on your toes: word on the street is that Queen Bey is about to drop another album without prior warning once again.  Only a fool would try and guess when Beyoncé would stealthy schedule a date to blow her fans minds worldwide, after her shocking release of the album BEYONCE back in 2013.  Her sly tactic worked, however, the self-titled set went on to sell over 5 million copies worldwide, ushering in a new era of surprise releases.  Don’t hold your breath, people, but there have been whispers over the Internet currently leading us to the beginning of February for an approximate release date.

One thought is resonating through the minds of music listeners everywhere: with Rihanna’s album titled ANTI newly released, could there be a colossal chart battle on the skyline?  It has been over three years since RiRi has released a fresh album, and we can all agree that that has entirely too long.  This was the most anticipated album of Rihanna’s career and there are plenty of incredibly talented people involved to make sure it lived up to the hype.  The track “Work” is debatably the one most likely to be heard bumping through peoples headphones as you walk by them.  The Caribbean sounding hit features Drake’s first verse of 2016 and finds him in motivational speaker mode, with lines such as “When I see potential, I just gotta see it through.”

Last but not least, the man, the legend, Kanye West has been stirring up trouble in more ways than one lately.  We don’t have the time or energy to cover the Ye, Amber Rose, and Wiz Khalifa Twitter beef, we are way more focused on Waves.  “This is not album of the year.  This is album of the life,” tweets West as he hypes up his followers and drops Twitter teasers leading up to the February 11 release date.  After letting everyone take a peek of the third version of his legal pad tracklist/guestbook on social media, the people are buzzing for the album premiere at Madison Square Garden on February 11.

It is now time to give a sincere shout-out to SoundCloud and iTunes accounts everywhere for allowing us the listening pleasure of these undisputedly life changing music albums.

Many people can agree that without music there would be nothing and the album drops that have happened and that are going to happen in the near future are only reinforcing that statemen.