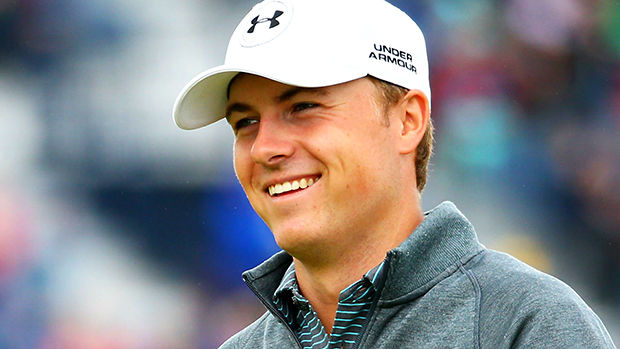 2015 Master’s winner Jordan Spieth had an epic meltdown in this year’s event after leading the tournament after the first three rounds. Spieth a two-time major winner and defending FedEx Cup Champion is the former No. 1 ranked golfer in the world.  The 22-year-old Dallas, Texas native will look to bounce back at the years next major, the U.S. Open at Oakmont Country Club in Oakmont Pennsylvania.

Jordan Spieth could have made history last weekend; he could have been the first golfer to win the Masters in wire-to-wire fashion in consecutive years.

He could have been one of six golfers to ever win that tournament in back to back years.

Spieth would have been the youngest golfer to ever win two Masters championships.

The only thing standing in between him and those accomplishments was the final seven holes at Augusta.

What followed will go down as one of the biggest implosions ever seen on the PGAtour, the choke job of a lifetime.

Back to back bogeys followed by a quadruple bogey moved Spieth from 4 strokes ahead to two behind in a matter of 3 holes.

Years from now the common golf fan will not be able to tell you who won this year Masters, but they won’t have a hard time explaining to you the meltdown of the century that they witnessed.

It sounds terrible and it was ugly to watch but you shouldn’t feel sorry for Mr. Spieth because even though that was historically bad it didn’t stop him from taking second in the tournament and pocketing a little over eight hundred thousand dollars.

You heard that correctly, a 22-year-old golfer just made south of a million dollars and all it cost him was a couple of embarrassing moments in the most crucial spot of his career to date.

If he comes back and continues to be as dominant as he was for the first two years that he had been on tour you can just chalk that choke job up to being young and letting the moment get to him.

If he never returns to that form you will be able to look back and someday tell your grandkids exactly where one of the brightest young golfers had his career utterly smashed to pieces.