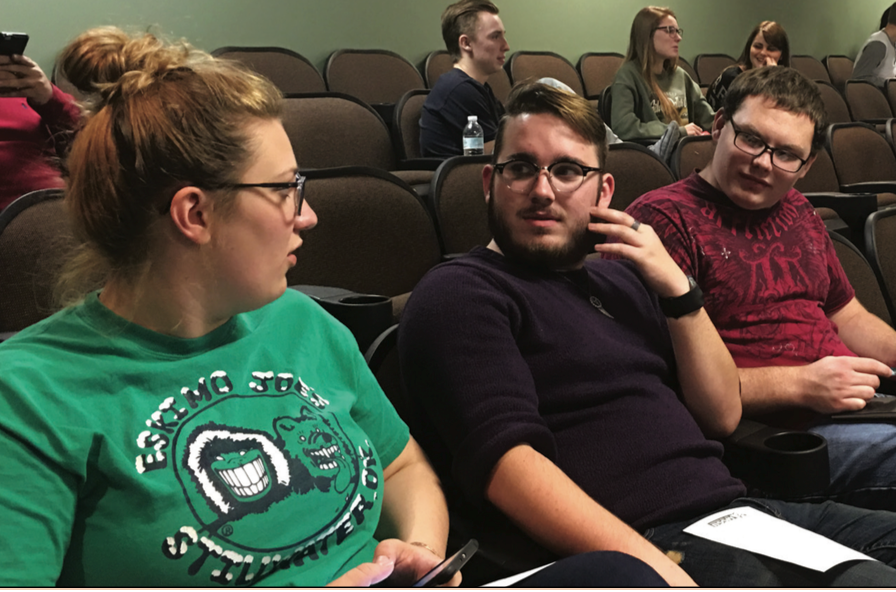 “It’s going through all the channels right now but there was a committee that was tasked to look at the UE for last year to a year and a half,” said Darren Fullerton, vice president of Student Affairs and Enrollment Management. “Recommendations were to go from a three-hour class to a one-hour for-credit class, taught by faculty and staff utilizing a course assistant in the model like we do currently, and that the course could be offered in an eight-week format.”

The committee also recommended that themed semester literature be moved to a different general education class. This decision will be heavily influenced by Academic Affairs. It’s possible the new home will be in the social science department or the English department. The decision is not final until the recommendation has passed by Faculty Senate, administration, Academic Affairs, and the general education board.

The recommendations were shaped by State Senate Bill 997, which cut the minimum number of hours required to graduate to 120 hours statewide. Southern’s previous minimum was 124 credits. The UE class was already under review, but the process was accelerated by the bill’s requirements. Deadlines were not specified in the bill, but Southern has reached out to the Board of Education for clarification. The goal is to be prepared if the deadline is urgent, but to have the plan adjusted by August of next year.

The concept of moving the class to an eight-week format was to give students an option if classes were dropped in the middle of the semester. Student reviews of the class were mixed, but generally positive and had an impact.

Other formats including making it a required class for no credit were considered, but eventually decided against.

The school’s accreditation renewal from the Higher Learning Commission is approaching in roughly four years, which means all faculty members are motivated to tighten curriculum.