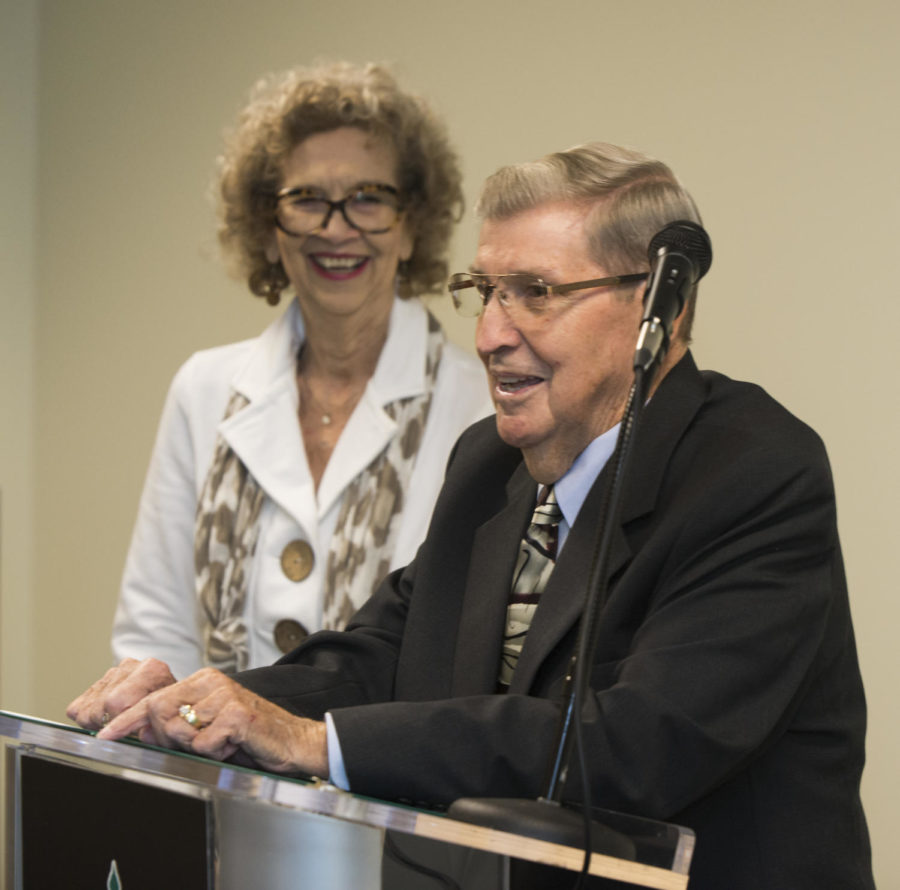 A ceremony was held on the third floor of the Billingsly Student Center, where the suite is located. It was attended by the Dolences’ family and friends, including former coworkers.

As Southern President Alan Marble put it, the Webb City couple are “a couple of legends. And for those who don’t know, this gives us the opportunity to tell them.”

He said the university is grateful for the Dolences’ years of support – as employees, as Lions athletic fans and for their philanthrophy.

Marble thanked them for being “people we can hold up as models as great Lions.”

Darren Fullerton, the current vice president for student affairs, said Glenn’s leadership lives on at the university because he mentored fellow staff members as much as he did students.

Glenn said he believes in President Harry Truman’s saying, “It’s amazing what you can accomplish if you do not care who gets the credit.”

He said, “I thought of us as a team effort with a devotion to students.”

Myrna had 22 years of service at Southern. She began in 1973 and was dean of women. She later became a counselor and founded the student success center.

She was said to have brought honor, dignity and compassion to Southern, along with her keen sense of humor.

As with Glenn, she said their belief was, “We’re all in it together. We’re all important.”

The Dolences were known for treating everyone with respect, regardless of whether they held degrees.

“We had every department and student organization in our home – a lot. We did it to let them know we’re people just like they are – we’re not faculty.”

The Dolences still see many of their friends from the university in their home.